What’s Happening In The Market

While we have seen a typical slowdown in transaction side during the holiday’s it is still very active and pricing seems to be holding steady during this last quarter.  While the political landscape has caused some uncertainty in many markets around the country it does not appear to have affected ours up to this point.  Interest rates having risen ½ point over the past couple weeks have caused some to start thinking about making a move now vs. later.  Buyers having lost more than 5% of their buying power due to the rate hike rightfully have concerns about them continuing to rise. 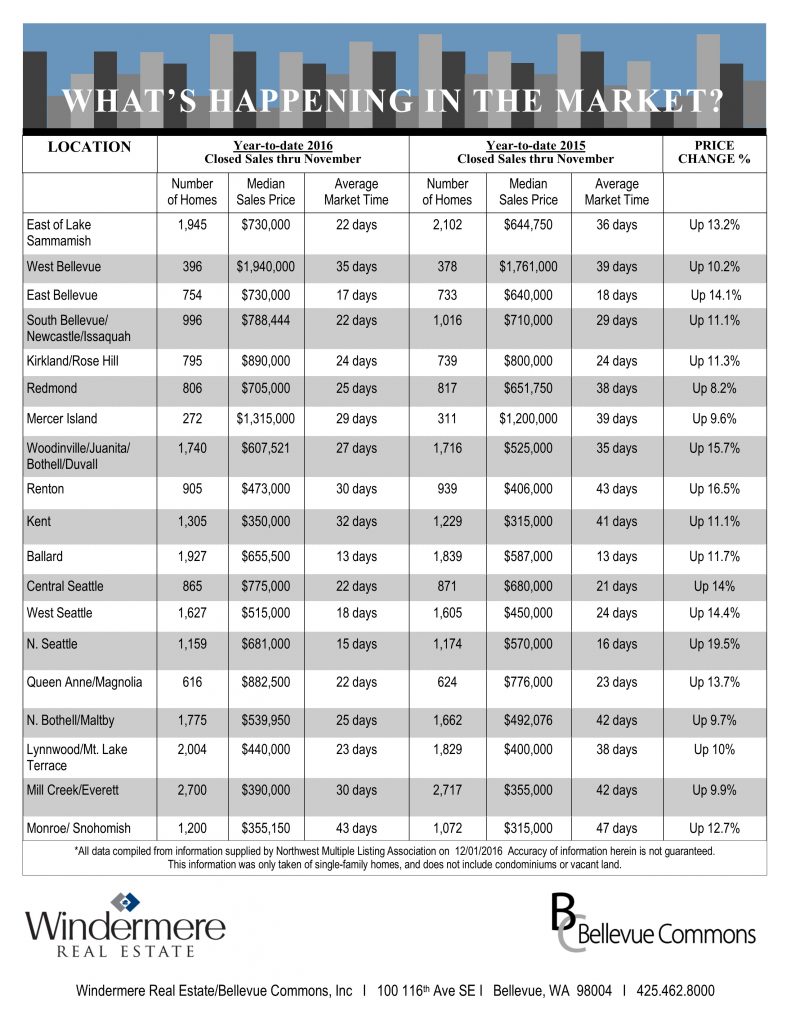 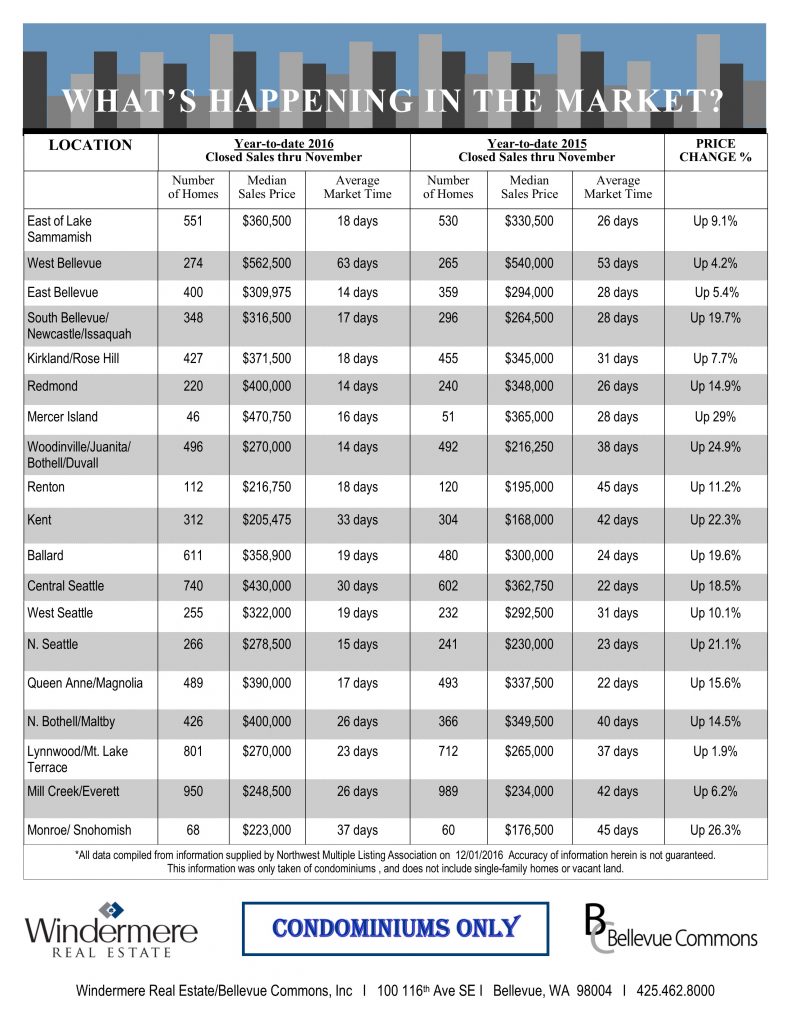