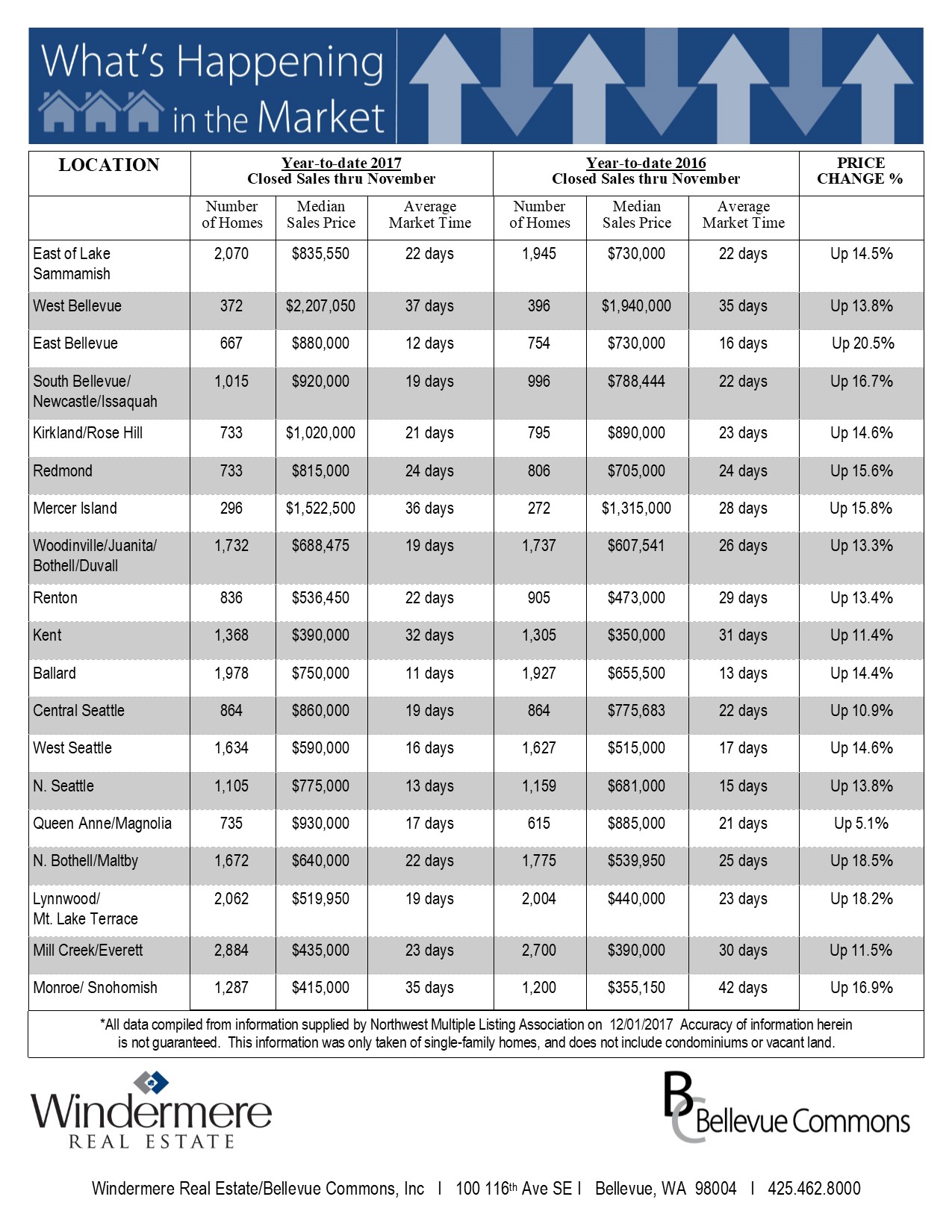 The year is over and 2017 has shown to be one of the best years in recent memory for equity gain while creating more and more competition due to dwindling availability of homes.  Pricing has recently reached all time highs with the median prices doubling over the past 6 years. That being said we don’t see it changing anytime soon with Consumer and Builder confidence on an all-time high. Those looking to Sell in 2018 will need to position their homes in the best possible light to receive top  dollar and Buyers will need to be truly prepared to Buy in order to be awarded a New home in 2018!

Eastside (based on Residential and Condominium report):

It feels like 2018 will be similar to the past few years.  A total frenzy until summer and then a flattening in price for the second half of the year.  Interesting consistency in the past three years: 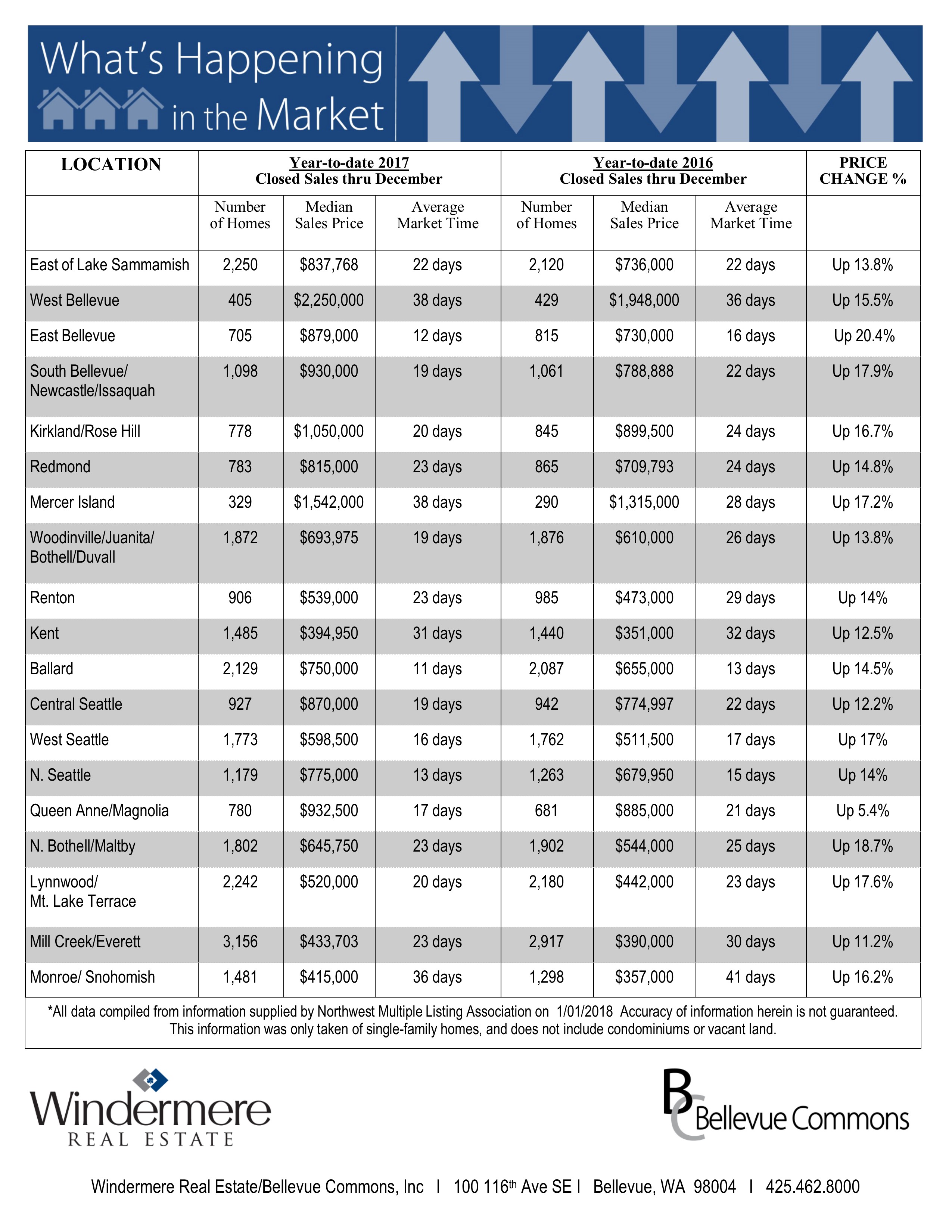 Related Articles
Bellevue Real Estate Local Market Update – May 2022 After a long stint of suppressed housing inventory across our region, buyers may at last have more options as the supply of available homes ticks up ahead of the summer market. The month-over-month increase in inventory has been as much as 50% in some areas, offering renewed opportunities for those buyers who are not dissuaded […]
Bellevue News Gardner Report Q1 2022   The following analysis of select counties of the Western Washington real estate market is provided by Windermere Real Estate Chief Economist Matthew Gardner. We hope that this information may assist you with making better-informed real estate decisions. For further information about the housing market in your area, please don’t hesitate to contact your Windermere […]
Bellevue Real Estate Local Market Update – April 2022 The spring market continues its frenzied pace, with soaring prices and stiff competition testing the resolve of buyers. Despite these obstacles and rising mortgage rates, inventory remains low across King County, as pending sales keep pace with new listings, demonstrating a strong demand from buyers. This demand has factored into the way sellers are approaching […]