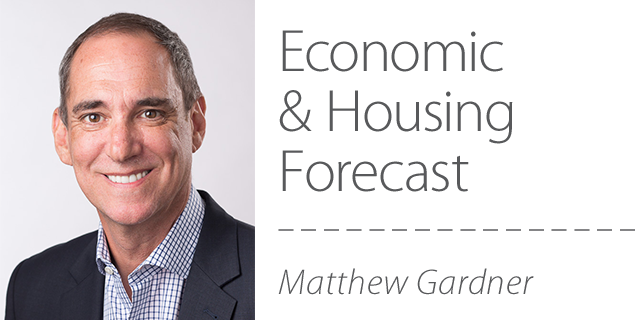 I’m happy to report that Washington State continues to add jobs at a steady rate. While the rate of growth is tapering, this is because many markets are getting close to “full employment”, during which time growth naturally slows. That said, I believe that the state will add around 70,000 jobs in 2017. Washington State, as well as the markets that make up Western Washington, continues to see unemployment fall and I anticipate that we will see this rate drop further as we move through the year. In all, the economy continues to perform at or above average levels and 2017 will be another growth year.

This speedometer reflects the state of the region’s housing market using housing inventory, price gains, home sales, interest rates, and larger economic factors. For the first quarter of 2017, I moved the needle a little more in favor of sellers. The rapid increase in mortgage rates during the fourth quarter of 2016 has slowed and buyers are clearly out in force.

This article originally appeared on the Windermere.com blog.

Related Articles
Forecasts 2020 Predictions: What Will Impact the Housing Market? This will be an interesting year for residential real estate. With a presidential election taking place this fall and talk of a possible recession occurring before the end of the year, predicting what will happen in the 2020 U.S. housing market can be challenging. As a result, taking a look at the combined projections from […]
Windermere Bellevue Commons News Giving Tuesday and All Season Long Giving Tuesday may be over but you can still give all season long. Your donations make a positive difference in the lives of local low-income and homeless families by providing necessary resources for emergency services, food, housing and more. Please select Windermere Bellevue Commons to designate your Foundation donation. The money designated by WBC will […]
Windermere Bellevue Commons News Our Favorite Real Estate Podcasts Podcasts are a growing medium as listeners search for new sources of entertainment and information. In 2018 there were about 550,000 podcasts, in 2019 there are more than 750,000. Listeners are growing too, an estimated 20 million more people in the U.S. are listening to podcasts this year as compared to2018. This growth in audio entertainment inspired us […]